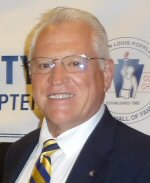 Firelands Habitat for Humanity in Sandusky, OH is a very active Chapter with many great volunteers, some of whom have the heart and sole for volunteer work, but who lack the skills needed for various construction activities. Judy Hippler, a Team Leader and also a member of the Habitat for Humanity's RV Care-A-Vanners recently returned from builds in Slidel, LA and Leland, MS where she learned of the THOR® Roofing Layout Tapes and THOR® Double Chalkers first hand. Having seen how helpful these THOR® roofing tools were in action, in August 2007 she requested the help of THOR® for their All-Women's Build at 1007 Hancock Street, Route 250, Sandusky, OH 44870. "We are looking forward to having a perfect roof and hassle free installation", said Mrs. Hippler. (Mouseover images for descriptions.) 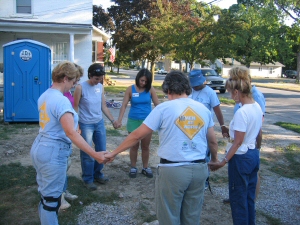 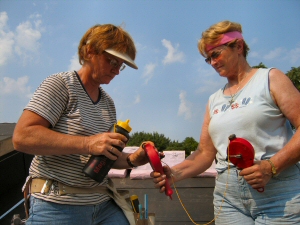 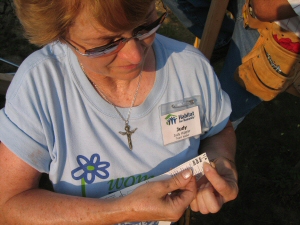 Since THOR® was introducing new 16" on-center framing tapes, new 8", 9" and 10" siding tapes and 24" on-center truss tapes to Habitat for Humanity, in addition to the THOR® Roofing Layout Tapes, THOR® Double Chalkers and Magichalk®, I decided to attend the build in person. What a great experience. What those women lacked in knowledge they more than made up for in moxy and a willingness to learn how to do things right. I would not have traded that time with those volunteers for all the tea in China, as they say. 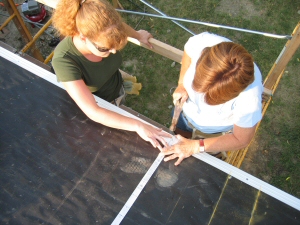 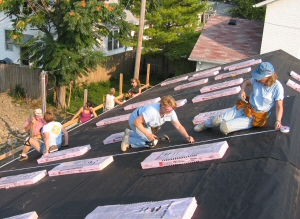 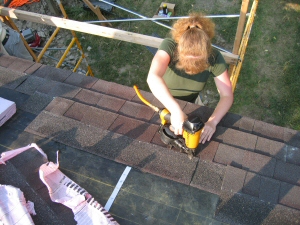 The women had already installed the trusses, roof decking and felt upon my arrival. Judy made it a point to tell me that the 24" on-center THOR® Truss Layout Tapes worked great and kept the entire truss layout exactly on mark without any creep or human errors. The siding tapes and stud tapes were not scheduled for use until after I was scheduled to leave. Sandy Zitner, Team Leader for this All-Women's Build assured me photographs would be taken of the new siding and 16" framing tapes in action, too. (Stay tuned for a follow-up article) 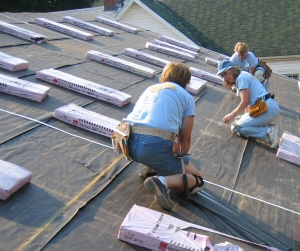 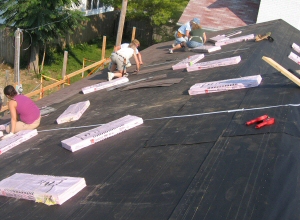 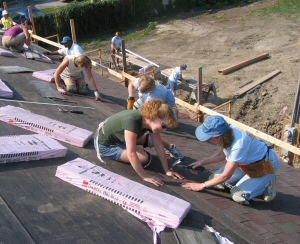 With the roof deck now prepared, the women then simply utilized the THOR® Roofing Layout Tapes to install a 5-5/8" pattern Owens Corning architectural fiberglass shingle roof. After the tapes were installed on the rear roof, lines were quickly and accurately struck with the THOR® Double Chalkers, filled with Magichalk®, a non-staining and easily seen yellow chalk powder. These women were so anxious to get working that some started shingling at one end of the roof while the lines were still being struck on the other end of the roof, each volunteer now knowing exactly where each course of shingles would be installed without any manual measurements or other calculations, and computer accurate, too. 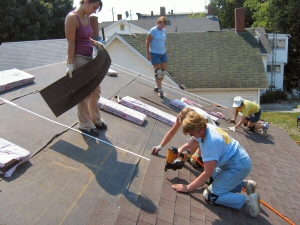 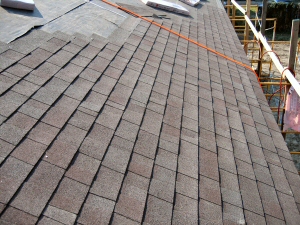 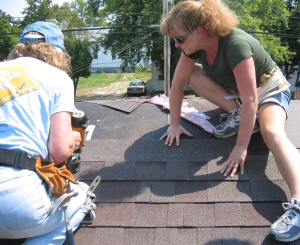 It was a very, very hot day with temperatures in the 90's with high humidity. Because of the heat, the women only worked until noon. But, in that short time, they completed the entire rear roof - arrow straight, accurate and beautiful shingle lines were the final product of their efforts, just as Judy had hoped it would turn out using the THOR® Roofing Layout Tapes. She was absolutely thrilled with that day's work. 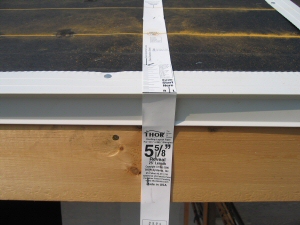 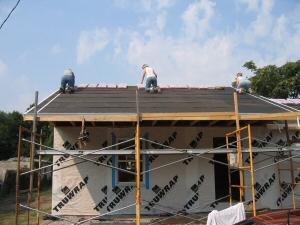 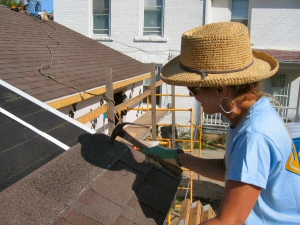 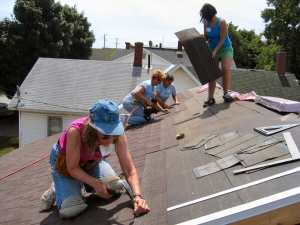 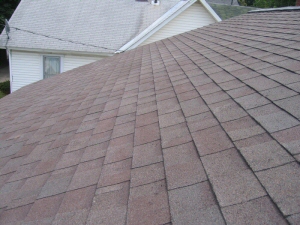 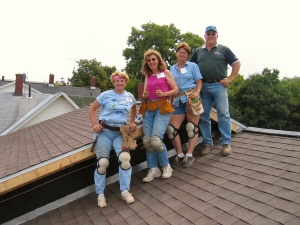 When the roof was completed, the team leaders posed for a formal photograph with me on the rooftop. Afterwards, they let me know what they really thought about their new roofing installation. Pride in a job well done was everywhere, as it should have been! The women did a great job! THOR® was very proud of everyone. Doing something right provides one with a sense of accomplishment that all volunteers hope to feel, the reason they are there in the first place. They did! They did it and did it as good as any professional roofer could have ever done, too! Great job ladies! 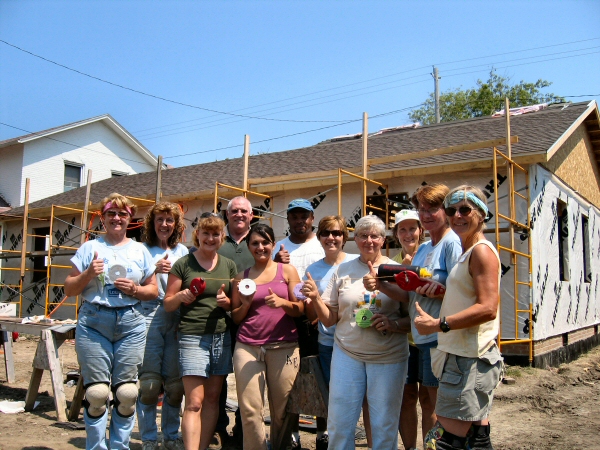 Habitat for Humanity Women's Build gave a thumbs up to THOR® Tools! 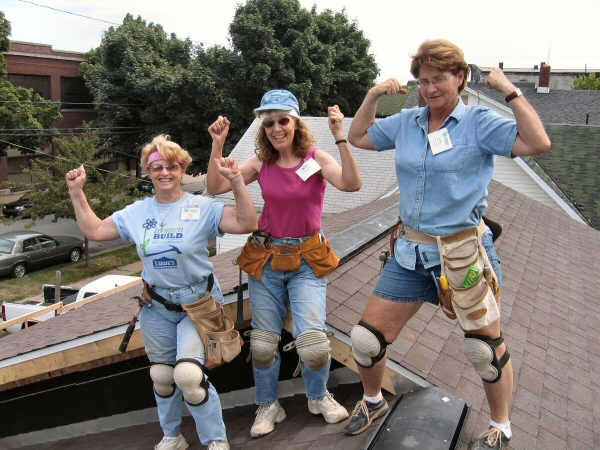 Thank you and good luck with your property.